You may think that a shovel is just a simple camping or gardening tool, but it is more than that. It does not just dig out your outdoor toilet but also dig out life-saving positions for soldiers. Its lightweight design makes it suitable for soldiers to make it in their defense mechanism aside from a high-caliber gun.

We all know that in an intense shootout against bad guys, it is a must that you need to take cover to avoid those raging bullets. Not everyone possesses Captain America’s Shield to protect you from war. Good thing a tactical Shovel is there to help you. 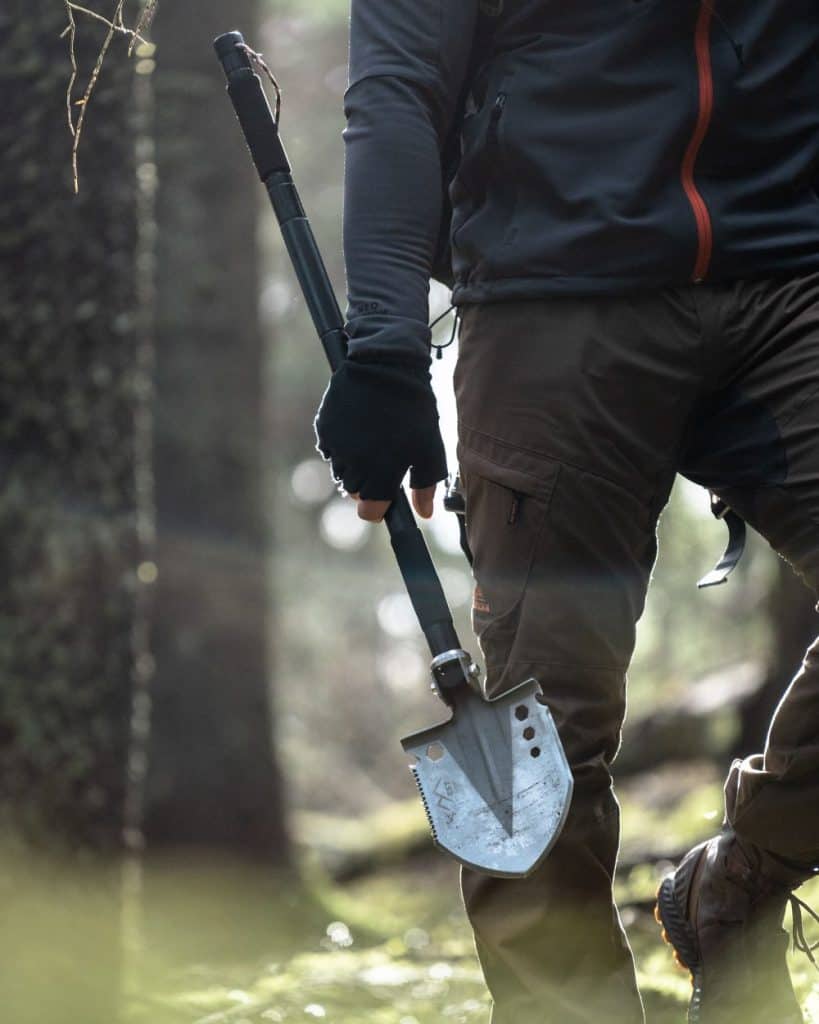 Defending yourself as a soldier is essential in the middle of the battleground. In that sense, you need to cover and conceal yourself to avoid being an easy target. In that sense, you can use some fighting positions like an existing hole, a hastily dug prone shelter, or a well-prepared position with an overhead cover. Read further to check the following defensive fighting positions.

But before we jump to the positions, you should know first some of the foundations and must-know in making one. For example, the fighting position should allow you to fire efficiently. Also, it should protect you from indirect and direct firing. On top of that, you must also be able to observe the perimeter easily in that position.

The fighting position should also have some cover. This cover should be strong enough to protect you from firings, fragments from indirect shots, and blast waves from nuclear explosions. The best cover to make is a natural one because it could blend naturally with the environment. Thus it gives the enemy a hard time spotting your position. If there is no genuine cover available, you can use the dirt taken away from your dig hole. You can also put them on sandbags then wet them for extra durability.

The cover should pass the following requirements to ensure security and protection to the user.

It would be best if you also considered the following when making the defensive positions:

You should also know the different fighting positions to know which one are you going to use.

If you are in a scene where time prevents you from making fighting positions, this is the one that you should make. It does not mean that this position will not require you to dig, but it is the easiest to make. All you have to do is scan for an area where you can take cover and fire simultaneously. It can be a small hill or a slope with trees that can act as your natural cover.

DIg out at least one and a half meter or 18 inches deep hole and use the dirt as your cover.

If you have time to dig out your defensive fighting position, you and your buddy can make this sone. For your positions to be influential, they should be small but enough for you and your buddy to fit in full combat gear. This is to avoid any fragments or grenade from falling into the hole. You can make this in a straight line or a curved one depending on the situation.

The benefit of a curve one is that it can allow you to fire and observe while the other eat or sleep. You can also move behind if you both are under heavy fire.

It is just the same as the two-person fighting position. Only that this fighting position is big enough for just one soldier; in this sense, there will be more room for you and your equipment under any circumstances.

As the machine gun crew, you need to secure a place to set up the equipment very well. In making this defense fighting position, you need to mark the position of the tripod legs. Mark the sectors of fire as well. After that, outline the area to dig a hole and then start digging.

It would be best if you also dug out some flatforms to reduce the profile of the gunner. Thus, reducing the height of the frontal cover needed. You may also need some sandbags on the legs of the tripod to keep it from moving while firing.

This can be fired in a one-person or two-person fighting position. There are just some changes to the machine gun. In that sense, dig out a wide enough hole to let the muzzle end extend 15 centimeters beyond the front of the hole. This is to keep the backblast out of the hole.

The depth of the hole should only be waist deep to et you move while tracking. On the other side of the hole, it should be armpit deep.

Create a 90-mm recoilless rifle (RCLR) position like a Dragon position, but dig the hole a little longer when firing to the right side of the frontal cover. That lets the assistant gunner work from the right side of the RCLR. Prepare your range card before digging the hole. Also, clear the backblast area before firing the RCLR.

All these defensive fighting positions are made possible with just a humble tool in the name of a tactical shovel. Without it, the ease and convenience of digging a defense mechanism would not be possible. Although each tactical shovel is made differently, they still possess something unique to perform its purpose.

We hope we have helped you know the defensive fighting positions you can do with a tactical shovel.

Brian Voytovich is an avid outdoorsman who enjoys hiking, camping outdoors, and exploring new scenic areas. He has traveled across the country in his RV for the last 20 years and has visited hundreds of camping and RV spots. His love for everything camping and outdoors resonates in his articles and reviews for various camping products and RV camping sites.

How do you think we can improve?